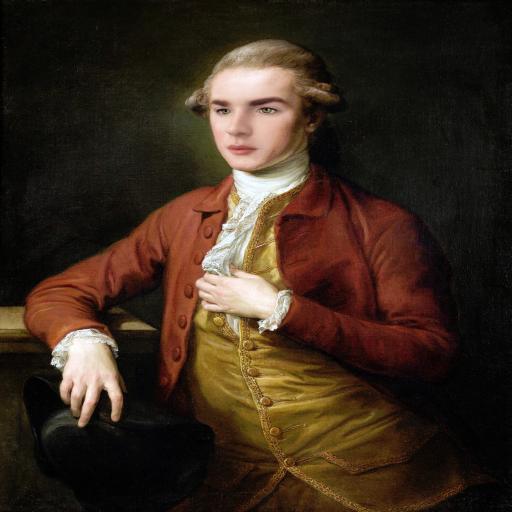 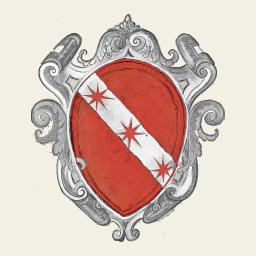 Gian Francesco Maria Granara (1619–1689), was the son of Don Giovanni de' Medici (1567-1621) and Livia del Granara nee Vernazza. Don Giovanni de' Medici himself was a legitimized son of Cosimo I de' Medici, Grand Duke of Tuscany, and Eleonora degli Albizzi. Gian Francesco Maria was born in Venice, where his father served as a General for the Serenissima Repubblica di Venezia and after the death of his father, his mother was deemed of ill repute and his Medici relatives brought him back to Florence. In fear of dynastic claims, Gian’s parents’ marriage was annulled and he was stripped of his Medici name, forced to adopt the surname of his mother’s first husband: Paolo Granara. He was given a handsome pension and later created Conte Granara before permanently moving to Venezia. There, he developed trade and commerce, bought his way into the Patrizio class, and joined the Case nuove of the republic where he was known as N.H. Gian Granara, Conte Granara. Due to his shrewdness, he was even admitted to the Consiglio dei Pregadi under Doge Francesco Morosini in 1688. He married Benedetta Vendramin later in life and would they would have twin sons in 1676, Antonio Granara and Andrea Granara.

After the death of their father in 1689, the dowager Contessa arranged for Antonio to take a position within the Veneziano Navy, while Andrea was sent to Rome in hopes of him becoming a Cardinal. Having failed in becoming a cardinal and with the death of his brother in 1698 during the Morean War, Andrea returned to Venezia, where he would later be created Ambassador to the Holy See of Rome. Married in 1701to Veralli Maria Spada, sister of Cardinal Fabrizio Spada, a son was born in 1704, Urbano Antonio Granara. Urbano would later become the Veneziano Ambassador to the Republic of Genoa in 1734 and then to the Holy See in 1740. Whilst in Rome, he married Olimpia Teresa Callisto, the only child of the Marchese di Corese, the illegitimate and only son of Urbano Barberini, Principe di Palestrina. Two stillborn children were born to the family in the years following the marriage until 1758 when a son and heir was born, Raffaele Antonio Granara. Following the end of his tenure, Urbano would return to the Serenissima Repubblica, managing his commercial and estate assets. Raffaele would later inherit his father’s title and holdings, then later, the title of Marchese di Corese and a portion of the ancient Barberini assets from his maternal grandfather.