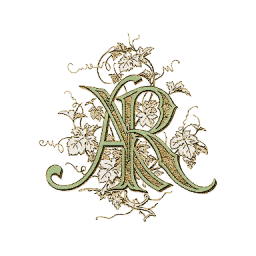 Translated from the Venetian newspapers

Thursday, April 16th, 1790
a Report sent by Express Courier
from Our Correspondent in Rome


- ROME - April, 14th
This early morning, around the clock of nine, a small but distinctly curious crowd of people - among them your correspondent - were halted in their passing of the Venetian embassy, the grand palazzo situated on Rome’s Piazza Venezia. Apart from the usual coming and going of clerks on foot, couriers on horse, guards in variation, and the occasional finely dressed official in a carriage, the Venetian embassy is normally very much serene on any given day, to the point of inconspicuous. The number of carriages approaching the main entrance at the piazza, however, was clear proof of greater activity. Inquiries led to nothing as the guards remained austere and all staff leaving the building were clearly ordered to silence. Just before the half hour past nine, attention shifted to the embassy’s side gate in the Via del Plebiscito. Here a train of carriages had formed, waiting for their turn to enter as others left. The crowd walked up and down, trying to catch a glimpse of the dignitaries sitting inside. Not many of them were recognized, as the local nobility seems to be one of the most reclusive and never quite bothered to participate in their own city’s mundane life. A company of guards in Venetian uniform marched out and formed a square around the gate, shielding the entrance from the amassing crowd. Sometimes one could hear very clearly the soft murmur of a prestigious name going through the crowd, and then often accompanied by comments about the silks, satins, and feathers; and the alleged height of wigs, which tops could not even be seen through the glass. By the names overheard, and by the coats of arms seen on the carriage doors, it was clear that members of several of Rome’s great families were entering the embassy. With the location at first thought, your humble correspondent thought it wise to investigate further; especially as this occasion seemed to have a vaguely secretive nature, it not having been announced prior.

Rumours of another train of carriages, forming on the other side of the embassy buildings, caused the curious crowd to split up and manoeuvre through the various routes to the smaller Piazza San Marco. There, at the entrance of the Basilica di San Marco Evangelista al Campidoglio, a well-organized train of carriages, manoeuvring through more guards, had indeed started to arrive. Several known dignitaries and diplomats, and their wives, descended from their carriages to make their way into the basilica. No guards, nor any of the servants coming and going from the embassy were very willing to disclose any information to your correspondent. The bustling crowd, however, now started to assemble the pieces of an hour’s list of arriving names; and so one came to assume the possibility of a wedding between Venetian and Roman noble houses.

It was not before the sudden appearance of three pitch-black carriages, all adorned with an identical coat of arms, coming from the arch between the embassy and the Franciscan monastery, that your correspondent was able to slowly put the now puzzling myriad of illustrious names and appearances together to a point of logic. As these three carriages - decorated ever so subtly with gilded garlands and, with tall horses that can only be described as majestic in their gait and with coats as black and shiny as the carriages themselves, with footmen dressed in red and blue livery, the main colours of this prominent family’s coat of arms - passed in the most calm procession possible, taking a wide course over the Piazza San Marco as it was smoothly cleared from all other remaining carriages; it then dawned upon your correspondent they had come directly followed by carriages bearing the coats of arms of the houses of Savorgnan, Giustiniani and Boncompagni-Ludovisi - and from the direction of their residence in Rome, the palazzo at the end of the Piazza SS. Apostoli. Clearly the Venetian house of Della Torre di Rezzonico would be the one celebrating a wedding today; especially as the Basilica is not only the main church for the Venetians in Rome, but also - and not by mere coincidence - the current titular church of His Eminence, the Cardinal-Camerlengo Carlo Rezzonico. By ways of industrious inquiring with no expenses saved by your correspondent for obtaining this information, it later came to light from not one but two well-informed sources, this was indeed a wedding of such nature. - The only son of the late Don Ludovico Rezzonico, Procurator of San Marco and Senator of the Venetian Republic, and his wife, now dowager Donna Faustina Rezzonico (born of the Marquesses Savorgnan) will have wed today.

The young Don Abbondio Rezzonico, is the current Count of Rezzonico and head of his family’s widely spread banking and mercantile enterprises, as were his father and grandfathers before him. He is namesake of his much respected uncle, Don Abbondio Rezzonico, Senator of Rome, who was also seen today in the family procession with his wife Donna Ippolita (sister to the current Prince of Piombino). Albeit still distinctly Venetian in all their abstemious splendour, as proven today by their arrival, the house of Rezzonico as of recent years has become more prominent in Rome, ever since 1758, when one of theirs was elected and crowned to the most divine and highest of office: the now late Pontiff Clemente XIII. Their association with the Curia has far from ceased since.
And ranking among the highest nobility of Rome, it was of no surprise that among the coats of arms on carriages were also spotted those of the houses of Aldobrandini, Altieri, Borromeo, Braschi, Chigi, Giustiniani, Mancini, Odescalchi, Orsini, Pamphili, Ruspoli - and more notably those of the Count of Moriana, the Princes of Melfi, Cerveteri, Oriolo and Soriano, as well as those of the Dukes of Fiano and Bracciano.

As expected the bride was not seen or heard of today, she will have stayed within the embassy. Though on further inquiry it was learned she is not of native but English birth - a British peeress in her own right even, it is said – her name being called by one trusted source as Donna Renata Beaumont, Duchess of Aumale. Alas! No more information was to be gained about the bride or the background of this marriage - other than statements of the mere obvious fact that the British, already having been steadfast in their admiration and love for our lands for so long, are now keen on consolidating their continuous presence - not only by influencing the great gardens of Rome, but now also by sending their daughters and sisters to wed into the great families of our ancient peninsula!

Your humble correspondent, having spent most of the day inquiring and wandering around the closed embassy - where music has been heard for most of the day’s remainder - only found two additional sources willing to disclose that the newly-wed couple will shortly exchange Rome for the Neapolitan island of Rocca Sorrentina, where wedding celebrations shall continue among their mutual friends. And such before embarking on a later journey to Our Most Serene Republic where the groom shall most likely introduce his bride into Venetian society and show her the extent of his family’s estates. Your correspondent, albeit still slightly puzzled by the sudden and mysterious character of this unannounced event, cannot but affirm in any way that the entrance of this new and British Contessa Rezzonico into Roman society is one unprecedented thus far.