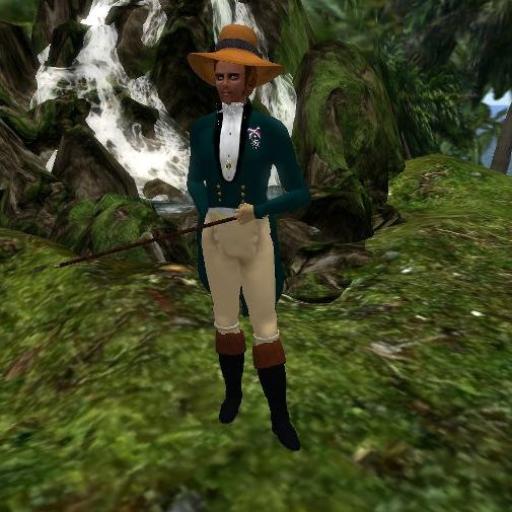 The Nameing of the Trafalgar Inn and Nelson's Blood Tavern

As the Legend goes, Lord Nelson, who died on the deck of HMS Victory, shot by a member of Le Troupes de marine, French Marine with a .69 caller round fired from an opposing ships mast, Nelson, on deck, in his full dress uniform, with all his medals, made an easy mark. He had wished to be taken back to England to be berried, not berried at sea as was the custom. So they place his body in a Barrel of Rum to preserve it for the return to England ( It was actually a Barrel of the Ships Brandy)

The story goes that the Sailors would sip off this barrel some of the rum, after all, what harm would a little bit of blood do. Thus the reference of Rum and Grog as Nelson's Blood

On the 21st. Day of October in the Year of our Lord, Eighteen-Hundred and Five, During the War of the Third Coalition (Part of the Napoleonic Wars, which culminated in the Battle of Waterloo on the 18th. Of June, 1815) off the South-West cost of Cap Trafalgar, the Combined Fleets of France and Spain under the command of French Admiral Pierre-Charles Villenuve engaged in a Battle with the Main Fleet of Britain, under the command of Vice Admiral, the Right Honorable Lord Horatio Nelson, 1st. Viscount Nelson, KB. The British Fleet had 27 Ships of the Line plus 8 others (total of 33) vs. the Franco-Spanish Fleet of 41 ships.

Lord Nelson Flag Ship was HMS Victory (still around to day, and may be visited at Portsmouth, England where she now a Museum Ship.)

Lord Nelson ordered a un orthodox maneuver, one where if he had lost and lived, he would have been court martial for, the now Famous Crossing the T, where by the British Fleet, having the Weather edge (a coveted position in Sail Age Warfare, one not to be sacrificed easily) at a signal, each ship in the Line turns, to cross thru the Enemies line, Sacrificing the Weather edge position, but in the process is able to wreck great damage to the enemy, in that the full strength of the Ships batteries can be unleashed in to the Rear of the Enemy's ship as they cross, which is the most venerable and lest defend position of the ship.

The Result of this decisive victory was, that Napoleon had to abandon all hopes of an Invasion of Britain, She now in full controls of the Sea lans.

(the 198 Martello Toweers built in the early part of the Napoleonic conflicts along the South and Eastern Cost of England are a testament to the very real threat of Invasion.)

Now to the Naming of the Fine establishment in Port Austen

It is said that one of the Sailors who served Lord Nelson was also in-firmed by the Heroic battle, He returned home to South Dorset on the Jurrasic coast in the port village of Port Austen, and purchased an old, carriage Inn, this he renamed the Trafalgar Inn, and the Tavern Nelson's Blood Tavern.


Miss Wind Storme, That while it probably true that a little bit of blood probably wouldn't do us any harm, the stock and trade of Port Austen these days is the carriage trade, who's patrons, very much unlike sailors, would frown very badly on such a thought.

Nelson 's Blood Tavern therefore only stocks and serve the finest in Brandy's, Cherie, Whiskey's from Scotland, and Rums ( from the Caribbean Island own Lady Cara's Own farm) and Madera and Port from Portugal. We also have fresh local brewed Dorset Ales, Spruce, Ginger and Birch Ales, and a good selection of Teas, all to be appealing to those with the most decerning pallet