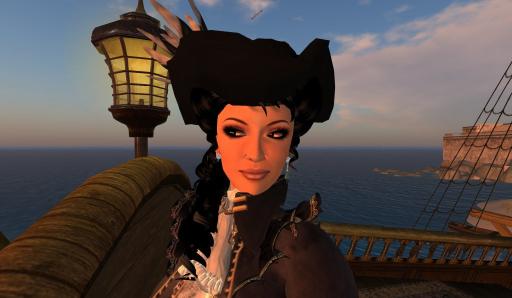 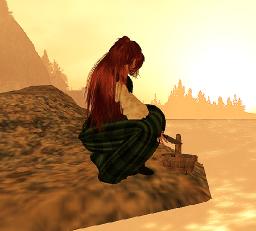 Morwena had spent the afternoon down by the shore collecting Clams and Mussels.  She could already imagine how wonderful they would taste with some Leeks and wild garlic.  She could get some on her way home through the forest.

As she looked up, Morwena realised that it was late, and the sun was setting.  It would soon be evening.  If she hurried, she might still see Malcom, when she went through the Village.  He often helped the shopkeepers and stallholders to pack up their wares. 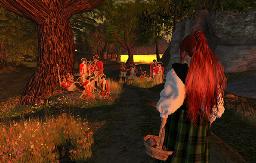 As She got close to the Village, Morwena realised that a small group of Recoat soldiers had stopped for a rest on the path ahead of her.

The Redcoats had been stationed in the Village for some weeks.  So far there had been no trouble, the Soldiers mostly kept to themselves, and the day to day life of the Village hadn’t been affected.

It was to late to turn around.  This was the only path into the Village.  The Soldiers were standing and sitting around on either side of the path.

There was no way to avoid it, Morwena would have to walk through them.

As she got closer, most of the Soldiers ignored her and continued chatting amongst themselves, but some noticed her and watched her as she walked past them, as quickly as possible without seeming to run, avoiding eye contact and keeping her eyes on the ground before her.

A few shouted comments, but although she felt uncomfortable, it wasn’t the first time.  Boys always seemed to behave like this when they were gathered in groups.  The local boys were not better when they were all together.  Even Malcom behaved like this when he was with his friends, although when they met and he was by himself, he was always respectful and sweet. 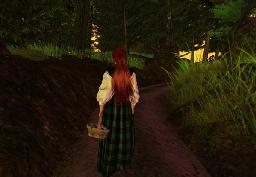 Morwena made her way to the village square but realised that it must be later than she thought.  Church square was already deserted, and the shops and stalls were already shut up for the night.  There was no sign of Malcom.

“Pity” thought Morwena, he could have walked her home.

As Morwena left the village and entered the forest, she began to feel uneasy.  She forgot about the wild Garlic, and quickly looked around but saw nothing.  Morwena hurried her steps. 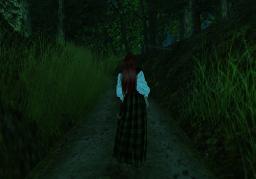 It was really getting dark now.  The more she hurried, the more convinced she became that she was being followed.  She could now hear footsteps behind her.  She began to run.

Rough hands grabbed her from behind.  Her basket fell to the ground, and rolled away, spilling the contents.  Another hand went over her mouth.

Posted in: Lochmore of Kerrera | 1 comments