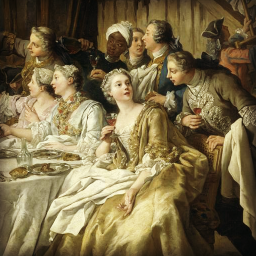 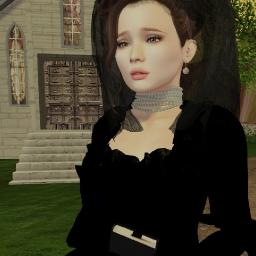 The morning had begun.

The Duke and Duchess of Whippen boarded The Persephone under clear skies, and set sail for the colonies. It was a special voyage; the Duchess' first of this greath length and one which held many adventures for them both. Olivia bade them farewell and traveled to Hatchford Park, the family seat, to run the estate and await their return.

Much time passed with no letter, and Olivia contacted one of her father's most trusted merchant sailors, to give her a better idea of why that might be. She sat at the desk in the library sipping tea while Captain Alford stood with his weather-beaten hand resting on the back of a chair, the other held his tricorn to his side. "Depending upon the time of year, there may be storms," and noting her alarmed expression, added "but when a gentleman with His Grace's experience takes to the sea, there should be no need for concern, m'lady."

A map was unrolled and he showed her the route that they had most likely taken. He spoke of knots and nautical miles and things she knew nothing of. She had been on a ship several times, but her only concerns were whether her stomach would cooperate and if her gowns might be better off laid out, to prevent wrinkling,  than in a trunk  .

The Captain left, confident that he had provided all the information that she might need and still she sat at the desk, watching the sun slowly descend, and one question ceaselessly pulled at her mind, like a pup nipping at a skirt hem: What could be taking so long to send a letter?

Two more months passed and finally Olivia summoned the courage to send her father's other ships to look for them. It would leave her without passage to Sorrentina, but her pleasure was secondary to her concern. She consoled herself when winter came, imagining her mother's demure pleasure and her father's quick temper at her usurping his ships and crew.

Time passed slowly. Conversations with various servants about household matters transformed from useful to their being unable to gain her full attention. She slept fitfully, if at all. The maids did their best to look after her, but with all this time passing, worry crept into their minds as well.

Nearly six months since they had set sail, Olivia sat trying to focus on her needlework when the rattling of a carriage approaching brought her to her feet. At last she would get the letter she had been waiting for! Her heels scuffed against the wooden floorboards and her hand almost failed to get the door open before the clattering came to a halt. Before she could utter the words "At last!" an ashen Captain Alford stepped from the carriage onto the dry ground.

The two found their way back to the desk in the library. She, again sitting. He again standing, though his grip on the back of the same chair left his hand white-knuckled, as if he were hoping to inflict more pain on the inanimate object than the lady before him.

He spoke words like "never arrived" and "evidence of a shipwreck" and "no-one could have survived," but Olivia just heard white noise. She remembered standing, and then fainted dead away. For weeks, she was bed-ridden, overcome by grief, but unable to shed a single tear.

A month later, just as Summer began to embrace the northern estate, a memorial was held for the Duke and Duchess, there being no bodies for a proper burial. Orphaned, and alone, Lady Olivia Chapman managed to endure the service, the condolences from the villagers, servants and pastor. She said she would like to remain alone to say additional prayers and was obliged. Once assured that all had gone, she looked at the altar and the light streaming in the windows, and muttered "What sort of God allows His children to suffer so?"

Her slight figure, clad in black, descended the chapel steps. She walked into the small family plot that sat beside the church and walked past the stones of some of her ancestors. Her gloved hand brushed across the top of each of them as she passed them, as if to greet the souls of the departed.

She was exhausted. Her entire being ached. She sat on one of the stone benches and looked at the two stones that had been set forward of the others. No ground was overturned, no evidence of recent burial. A bird began to sing in an overhead branch, and finally the tears came, burning trails down her cheeks.

The mourning had begun. 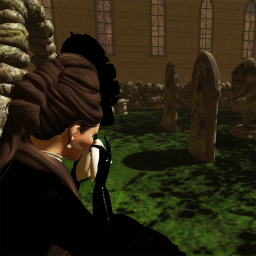 ((Note: Since both of my RP parents decided that FL > SL, I thought it was an opportunity for more writing. Getting back into the swing of 18th Century RP