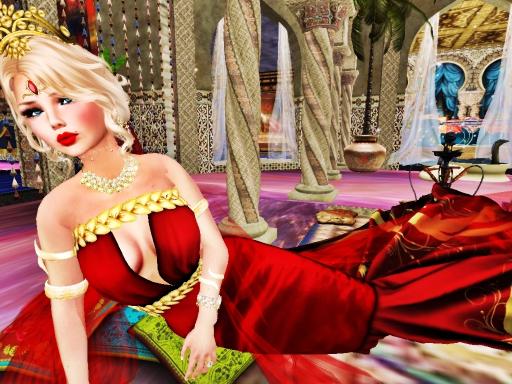 I am Countess (Yasemin) Varvara von Engelhardt, born in Imperial Russia and raised there by the age of 20, where I was engaged with an old Russian Count, due to a political alliance between two noble houses. My sister and I were called The Jewels of the Crown, and we served the Imperial Family untill the end. After the Tsarina died, I ran with my family from Russia, otherwise my beautiful head would not be, by now, attached to my neck. I lived a couple of years between the French Court and the Spanish Court, but something happened during a short trip at Ottoman Empire. Waving my long, blonde hair, searching with my curious blue eyes through the Bazar of Istanbul, I was invited to meet Sultan Suleyman the Magnificent. At this point, I had to decide if I should stay or live. In a short while, we became very close to eachother, His Greatness was surprised by my intelligence and political skills, so I was appointed his Ambassador. From that day, untill now, I live in an oriental fairytale.