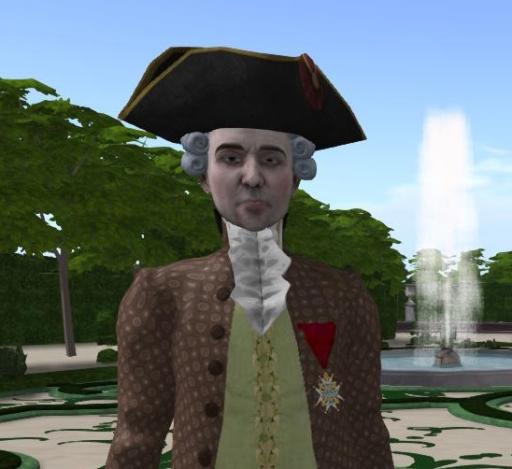 With forty-four years old, the king Carlos III left Naples after abdicate in his son Ferdinando, a little child of six years old. Carlos leaves the Kingdom wich shall be governed by the skilfull tuscan Marquis of Tanucci, President of the Regency Council. Tanucci will be a good servant of his lord, because Carlos -being king of Spain- will send instructions to Tanucci about the most minimal napoletan affairs in long mensual letters. 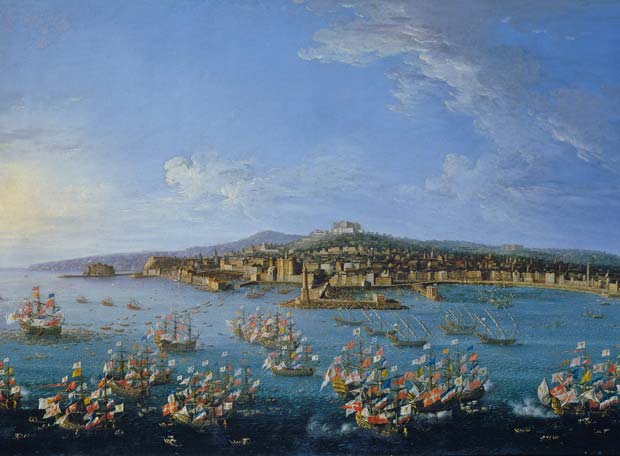 With tears in his eyes, the napoletan people said good bye to his king, symbol of independence and good governance, and a large spanish fleet took the Royal Family to Barcelona. There, was discovered a conspiration to poison Carlos. That is no new in his life, he is a survivor: In 1734 was discovered in Naples a terrible conspiration to poison the young Carlos, later, after being crowned in Sicily, his carriage plunged into a river and Carlos was rescued "in extremis" by his coachman. The episode of Barcelona was not a good welcome. The old spanish nobility have problems for contains his nerves with the curriculum of Carlos as political reformer, the poisoning is only a little evidence of this.

For travel to Madrid, was necessary the temporal requisition of a great number of carriages and carts for transporting the Royal Family, the Court, and his goods. The jouney was really long -the stay in Zaragoza was like a cold prison for Carlos- and the arrival to Madrid meant a necessary rest. However, the eyes of the king Carlos were irritated overlooking the city: called "The Pigsty of Europe", Madrid is a dirty, poorly urbanized, and dangerous capital. Of course would imperative design a new -and illustrated- Madrid, butmeanwhile was better live in the many great palaces situated around the city. San Ildefonso would the best election... 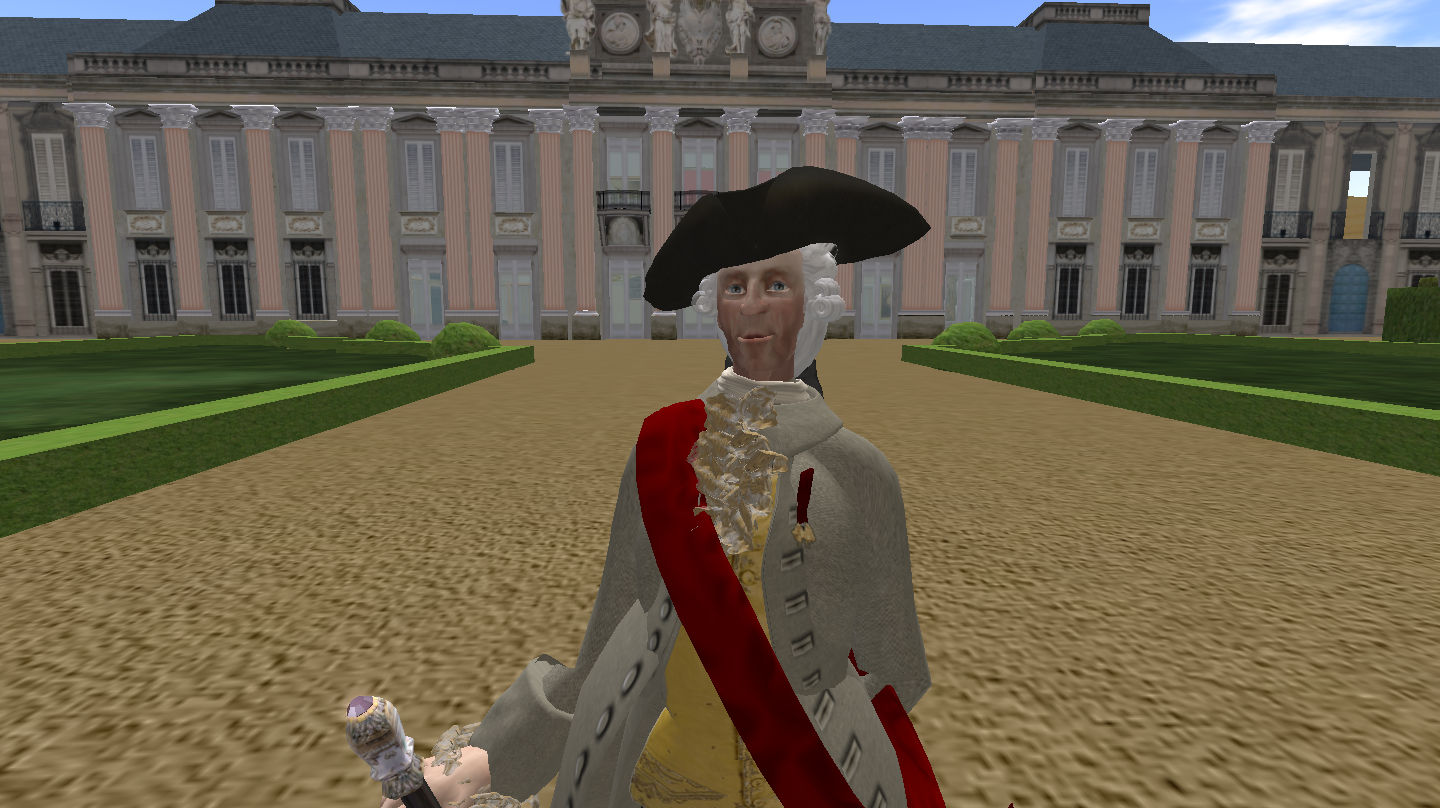 Carlos III, with his forty-four years old, have his face scorched as consecuence of his obsession: the daily hunting. At first glance, he is ugly and scary, but seen close, h is face conquest the people by the kindness of his eyes. B eing very thin , is robust, and despite his short stature, Carlos inspires respect.

The character of the king is rigid but benevolent, greets everyone , including lower -class servers, he hates the lies and hypocrisies, is known in all Europe for keep his word: treatises of Carlos are unalterable. 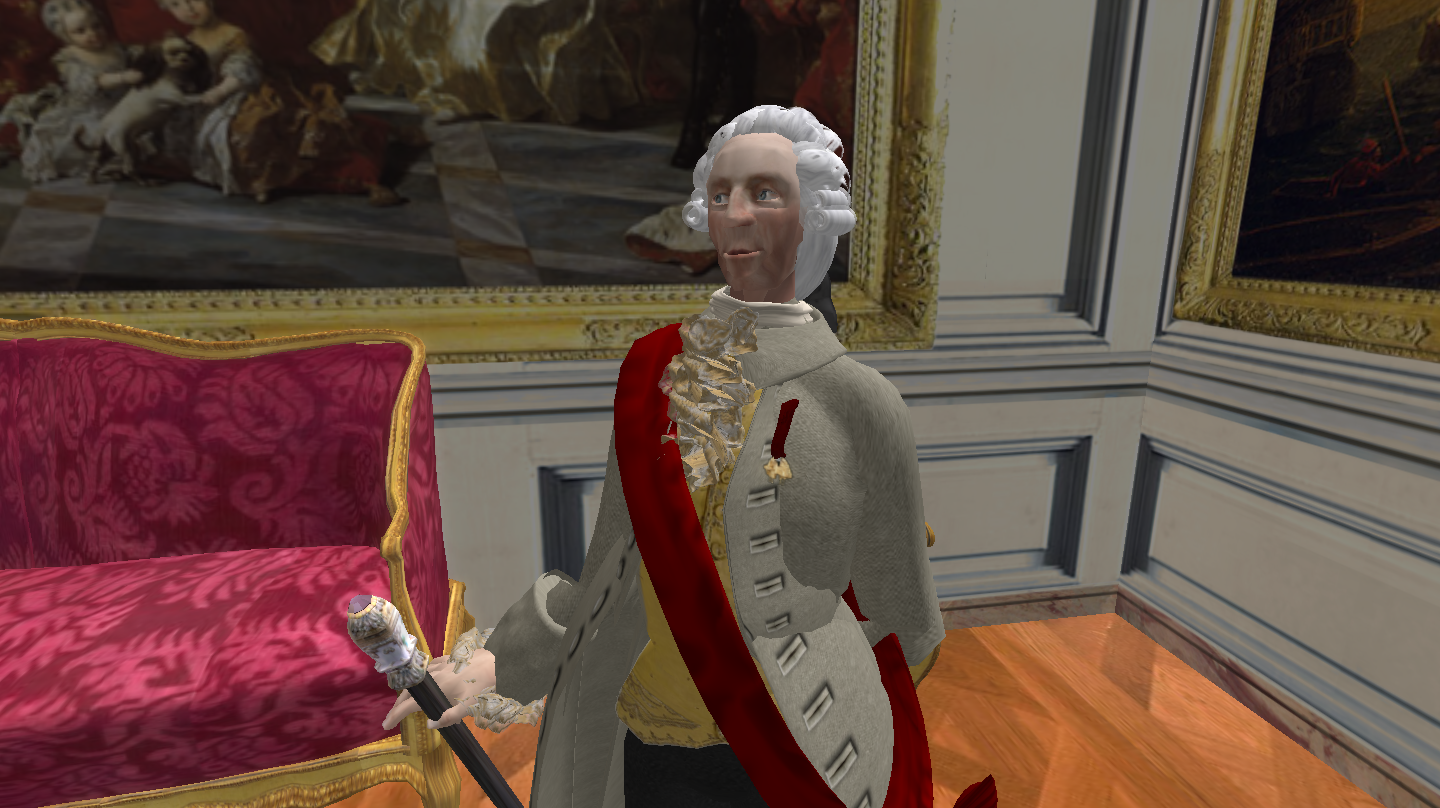 Carlos is very religious -a great catholic-, devoted to his family, and a lover of his wife , Maria Amalia of Saxony. In company of the Queen, Carlos III smokes his cuban cigars and comments gossips about his own courtiers.

Everyone criticizes the three defects of Carlos: He uses italian ministers to govern in Spain, the etern hunting, and the passion for building or "the disease of stone". But Carlos compensates the criticism with constant work of governement.

Carlos III is considered an enlightened, but he was more practical than theoretical. Is not a man of great reads , but believes that innovations are vital to the survival of a people: and he -and his italian ministers- has come to reform .

An important detail: Carlos III is too routine , he feels bad if arrive before or after of the appointed time , he hates wearing clothes flashy , always using the same - in absece of the King, his servants changes their clothes worn by some new regularly- and his employees of governement are always the same persons. Carlos III is a clock! 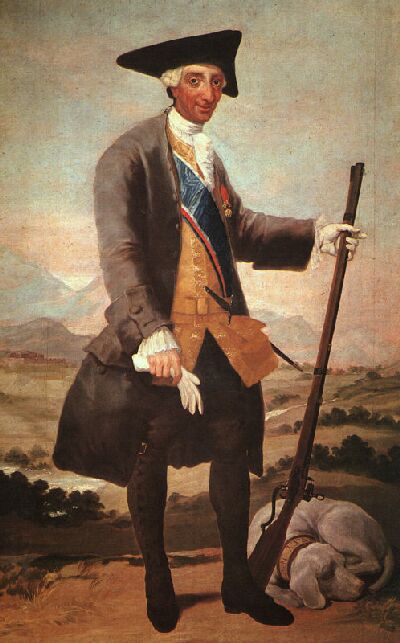 "The older Carlos III, by Goya, with his simple clothes of everydays"

Versailles-Vendredi 22 octobre
"This morning the Grand Lever passed without consequences, perhaps Dufort de Cheverny, he is quite upset with me because I went to exile his mistress, the Duchesse de Gramont, she is a Choiseul-Stainville. I spend my life driving out supporters of Choiseul, and I think that makes it so long.
In the afternoon, Madame Adlade needed my help with some carriages, "but Votre Altesse Royale, your Surintendant des Carrosses is Monsieur de Villetcourt ." She insisted that I should be blessed with the privilege, momentary, to send to paint the arms of the Royal Family on the doors of his new carriages. It was a privilege quick and easy, and everyone noticed the sympathy of Madame to me, even though she knows better than anyone my friendship with Madame Du Barry, whom she hates with all his heart.
Today I inspected the forests Villepreux, the police is stalking it very well, however I have sent several letters requesting best troops, the Baron de Batz, a very capable young man, was my secretary for a few minutes."
Posted in: default | 0 comments