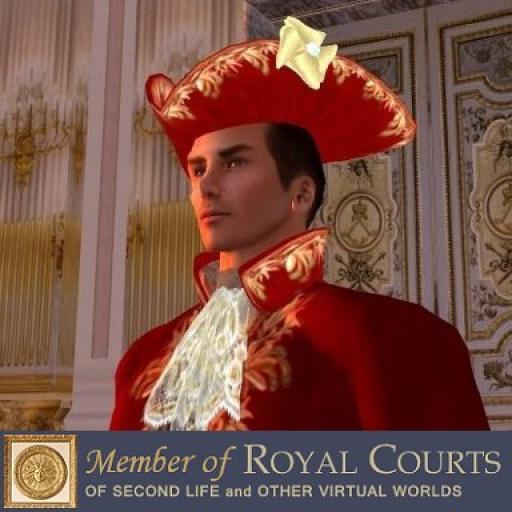 Member of Royal Courts of Second Life and other Virtual Worlds (transfered to Living History of Virtual Worlds). In real life I am Genealogically descendant from the bloodline of the Dukes of Burgundy. Officially referred to as: "Les Ducs de Bourgogne". Genetic research and historical geneology also points to a heritage to the King of Dal Riata, now known as Ireland and Scotland. Through this website I am a recognized Royal within Virtual Reality, a world which I occupy and live in. With this registration in Living History VW I claim my title as a member of the Royal House of the " Φ Fox "  family lineage.

My name is: King Jason Φ Fox and I am acting King of a magnificent Tropical Island in one of Second Life`s Oceans and married to Queen Acca Larentia Hehewati Φ Fox.

I am Happily married and we have a daughter & son by the names of: Princess Sarah V. Φ Fox  & Prince Michael J. Φ Fox

I am currently performing the role of King within the Kingdom of Croí Sionnach, which is a tropical island off of the shores of Paradise Cove. "Croí Sionnach" is Irish and translates to: "Fox Heart".


Welcome to the Royal Courts here in the ning