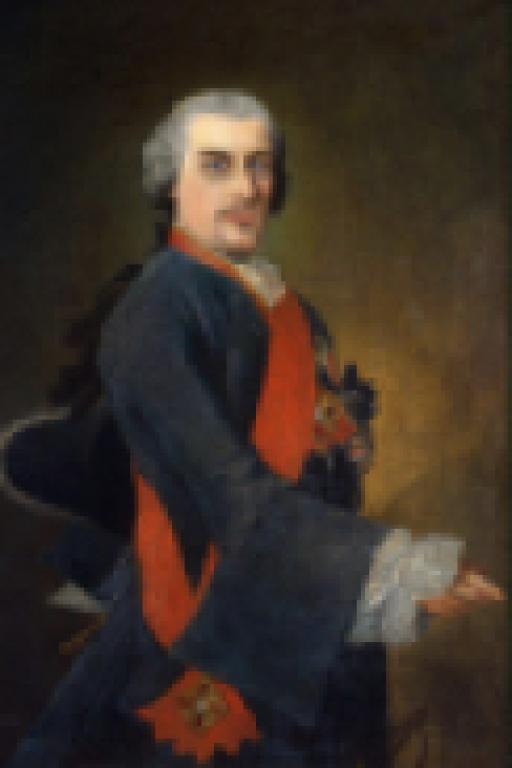 The day started very hot and in the evening was nice and cool.
Many people had come to my lecture to hear me explain the theory of the humors of the body.

After a while there was panic among the people, who had suddenly noticed that Mr. Gandt had a lady in his arms and he said that this lady was very sick.

He put the lady in the tavern on a chair so that Dr. Panacek and I could examine her -- we determined that this lady should be cared for apart from other people. With Mr. Gandt's help we took a boat to carry her to .the Lazaretto in the harbor. We examined the lady further. to know for sure whether the conclusion was correct about the disease that this lady had.

After that we were back in the cafe, we talked to the professor and asked for an appointment with the magistrates of Rocca Sorrentina, to see how we could help,

The next day, having spoken with the professore, Dr. Panacek and I and the magistrates of the Island of Rocco Sorrentina decided what must be done on the island because the Disease is Yellow Fever. The professore received instructions also from the Royal Governor of Sorrento on the mainland that the island should be under Quarantine and public buildings must be closed too.

I also visited the patient visited with Dr. Panacek and the lady is being well cared for. She is in stable condition, but her time to give birth approaches. We also have been to meet with the Captain of a ship that is in quarantine to assess the condition of the sick crewmen. We did not go on board but spoke to the captain from our boat..

Around noon on Saturday we were in the cafe of Mrs. Macbain to drink coffee together and talk about the disease and the patient. After a while the Professore came in with two soldiers and proclaimed that we are in Quarantine and that we have the yellow fever on the Island of Rocca Sorrentina.

No one liked it very much that Aphrodite's goods were confiscated -- she had three large bags of coffee beans from North Africa, which the soldiers took. To the dismay of the
people, the soldiers emptied the cafe and put up large signs that the coffee house was closed because of the quarantine order.

Later I saw on the island that all public buildings were closed.

In the evening had a meeting with the local people of the Island. The Professore informed the people what to do and what to not do in this situation, and with some help from Dr. Panacek I have tried to answer all questions.

Since that day was very hot, some women suffered from the heat and were not feeling good. As a precaution, I have examined the ladies in the temporary Doctors' clinic we set up in the Accademia. So far none of them are ill of yellow fever.

We have many medical exam done that day and it was a bit too much for two doctors to give all these people a medical exam, but we had some help from nursing sisters from the mainland.

There were children and young people and older people there.

This island may be small, but it is home for about 500 people. We have had around 100 people who were examined. Some were sick and we have them all isolated in the Lazaretto and try them all to provide best possible way....

Today had a busy day looking after many patients who visit the clinc. If any will die we will give them a dignified funeral as far as it can be done. I have tried to interest people in cleaning their houses with vinegar. Barrels of gunpowder have been detonated to purify the air.

Today we had a busy day examining many patients. I am tired at the end of the day -- I have not had much time to much to eat and rest.

Like the previous two days, many people are looked after, Some of the sailors are now vomiting blood and will dies soon. The thing I worry most about are the children.

In the afternoon I witnessed a church service, but unfortunately after the end of the service. I felt dizzy and fainted. I was happy that Dr. Panacek there and brought me to consciousness with smelling salts. I sat a while on the floor and soon felt better.

It showed that I would pay a price if I do not sleep well and have not eaten enough.
Yes, a doctor's life is a heavy burden. but I knew that in advance, before I got my training done.

Happily I went to a gathering hosted by a nice lady, I could eat and drink. I then went to bed and took a dose of Opium in an alcohol base, and I slept. I will take a break today. -- the nuns and other caregivers can take care of people without me not as many are coming to be examined and treated.

I hope in the next few days that not many people will die, and no more will become ill. If others are not getting sick we may be able to end the quarantine. I am hopeful that the lady who is pregnant will do better But if she dies I hope it will be a quick death.

Let's hope that we can survive in this terrible time, We can thank God that many people have survived so far

Your journal shows both your compassion and your dedication to your healing arts. It is good that you have rested this past day, as you will need all your faculties to save the young woman's child if God does not take the baby for his own.

I await word and keep a vigil for both the mother and her child, as well as the others who still struggle to overcome the fever.


I hope my poor friend Devi will survive......We must all pray


You are a great physician and a good man dear William. I am glad we had the opportunity to work this close together the past days.

My fellow residents and I wish to thank you for sharing the contents of your diary covering the events of this last week in Rocca Sorrentina. It is most appreciated that those of us who missed some of what transpired during that time can now be made aware of the complete story as it unfolded.Gratitude and blessings to both you and to your fellow physician for the arduous work you undertook over such a stressful and demanding period. The townsfolk of Rocca Sorrentina will be forever in your debt.


I echo Lady Summer's sentiments about the care you took of the residents of the island. We shall be getting our vinegar cleaning started straight away and pray to God that the fever is gone.