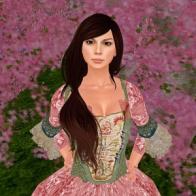 The Duch de Coeur is a friendly and romantic land inspired by historical France during The Age of Enlightenment (17th-19th centuries).

In order to enhance the role-play experience and make it enjoyable for everyone a few liberties have been taken with historical accuracy but we do endeavor to remain true to the time period and its realities. Fantastical creatures, such as dragons and elves, may live on in legend but should not be seen roaming the village streets.

The Duchy strives to be an inclusive environment which recognizes that visitors and residents may not wish to participate in role-play and stipulates that they are not required to do so. Everyone is expected to act in a mature and responsible manner and treat others with respect.

Those individuals interested in joining the fun of metered role play may do so through the use of the Blackflag & Jezebel Role-Play System (RPS). Within the Duchy, role play is defined as avatars taking on a fictional persona that responds and reacts according to the environment around them. Role-play within the Duchy is only appropriate and may only be conducted between individuals that are In Character (IC). These players can easily be indentified by their use of the RPS Overhead Meter with the associated title that is placed above their heads. Those individuals not using the RPS Meter are always assumed to be Out of Character (OOC) and are therefore exempt from all role-play actions. Individuals who choose to role-play without the use of the RPS must take the initiative and specify through Instant Message (IM) or Chat that they are IC.

Depending on the specific region, the Duchy lands are rated as either PG or Mature. Activities which are considered by Linden Lab (LL) Maturity Ratings to be of an Adult nature are therefore forbidden in all public areas.

CONSENT
The most important rule of role-play is the rule of consent. Some things we consent to by entering the region (like abiding by the rules), and we ask that you realize such before entering into role-play with us. However, you should never feel forced to participate in a storyline or situation that you do not feel comfortable participating in. If you do find yourself in such a situation, we encourage you to IM those who are making you uncomfortable and ask them politely to stop. If they do not stop, please teleport away and contact a world administrator. Conversely, if someone asks you to cease in your current line of action because they are uncomfortable, please do. You are expected to try to find a simple role-play reason to change directions, but regardless of whether or not you can change the direction of role-play successfully, you must immediately work to pull away from the uncomfortable situation.

SAFE ZONES AND DANGER ZONES
The majority of the Duchy is considered to be a safe zone where players are protected from threat of combat or violence. Ladies can feel safe while strolling the grounds and shopping in their favourite boutiques. Couples can enjoy a romantic dinner without fear of being set upon and robbed. Residents are always absolutely safe in their homes, unless they specifically invite dangerous scenarios.

The exceptions to this rule, that is, areas that are considered more danger zones are clearly defined. Players enter at their own risk! It has been rumoured that pirates have set up one stronghold and the odd highway man is out there while more common thieves lurk in certain taverns.

Where combat is allowed an OOC warning must always be given before actual battle is initiated. This allows all combatants to prepare to either fight, surrender, or flee. When a player loses in combat they are considered 'defeated', not 'killed'. Further combat rules will be defined if/when required.

Note that as of June 7, 2010 - Combat has not been approved forANY areas of the Duchy.

COMMUNICATION
The most current version of important documents, including these statutes, will always be kept here in the Les Amis du Coeur Group.

When IC, Local Chat should be used as the standard means of communication. This allows everyone in the surrounding area to join in and play along.

You may switch to OOC by using double brackets ((Out of Character comments like this)) or by typing /22 before any OCC comments. Instant Messages are also good for OOC communication.