An article about Benjamin Lay, an 18th century Quaker

I shared on Facebook! It's a neglected corner of social justice history that deserves to be remembered widely.

Oh, this is far too addictive...from the french fry recipe (my word, they are truly French!) I moved to the original hamburger recipe, and from there to a 2,000 year old cheese cake, and was about to start on the ancient tamale when I realized my coffee break ended ten minutes ago...

Science & Splendor at the Courts of Europe | Met Exhibitions

A good reason to budget for a vacation in New York some year...

Not so fun for the empress!

I'll have to keep an eye on our university library for that one, Signor.

I have been browsing further back in history this month - a pleasant revisiting of the world of Marcus Didius Falco, paid informer during the reign of the Emperor Vespasian in Rome. One of the nice things about reading historical fiction is that when one reads it again, following additional learning about the history of a particular time, one discovers new delights that authors who do their research have planted from the historical record in their work that may have slipped past unappreciated in a much earlier first reading. 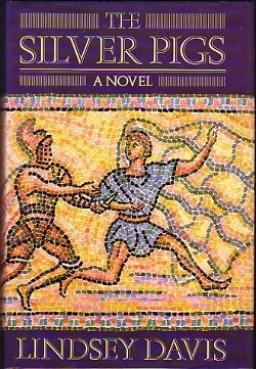 I have to say I'm floored by the level of activity that's been generated by the [AES] (formerly ACS). It's ages since I've seen so many dots on the map of Antiquity! People really seem to be responding to the opportunities to be makers and interact as consumers.

Oh, well - farming was a hobby among some sectors of the Nobility in the Georgian/Regency age. "Improvement" was a bit of a sport.

Game of Thrones ~ A Song of Ice and Fire

Binged them all, Seasons 7 and 8, from Monday to Sunday night. I understand why not everyone appreciated the outcome, but I really believe it's one that makes better narrative sense than the one that the "shippers" hoped for, as well as one that respects the world's creator: George R.R. Martin is not one for taking the easy road to a traditional sentimental ending, and I am glad the television writers kept faith with that ethos.

Personally I think Tyrion is the character who best understands the demands of true rulership (as opposed to mere despotism) - but as he pointed out, too many people hated him, not only in response to choices he made but also because of deep-seated prejudice against what he is physically. Hand is a role well-made for him, and the King who was chosen has the mythic and practical advantages (much in tune with what I would expect from Martin) that Tyrion pointed out.

I was "shipping" a bit myself at one point; I hoped Tyrion and Sansa might get together for real, now that she is able to be honest about the genuine worth of the man! It wasn't much of a hope, though. And I think that her decision to keep the North apart is in keeping with the weave of the whole story.

And Danaerys and Jon: no, neither was the right person to rule. I agree that Dany's "cracks" were too deep from the start, and although there's something to be said for the notion that the person who doesn't want to rule is the one who can be trusted to do it, Jon did not have the heart for it. And I believe the dragon was right. The last relic of that deeply flawed, ego-driven Targaryen power needed to melt and pass away.