Carnevale - The Morning After 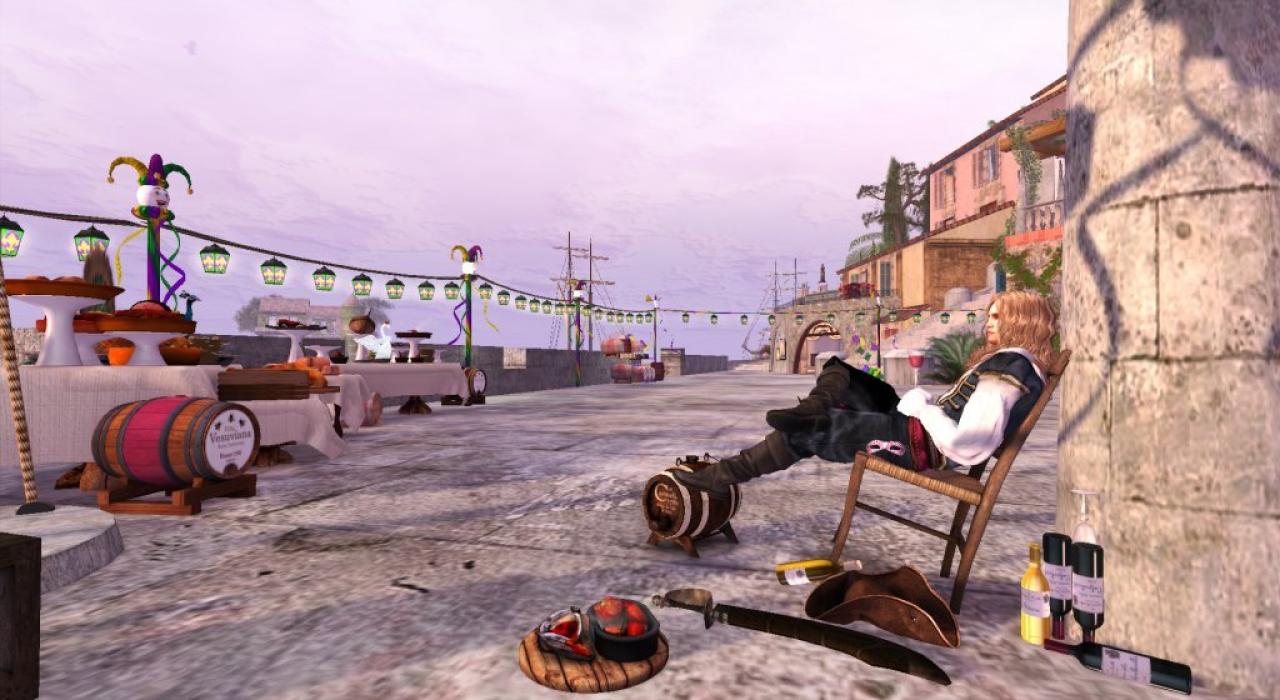 The island had been filled with people dancing, drinking, and laughing. Until the earliest hours you could hear from some corner of the island, or on a boat sailing out, people fading out as they laughed one last time before sinking into a deep rosy sleep. Carnevale on Rocca Sorrentina was just grand, many old and new friends were present to indulge themselves one more time before Lent starts.
I did not go to bed, but grabbed a bottle of wine, some oysters, and hitched a chair against a pillar of the tavern. As slowly the sun arose over our island, so became visible the remnants of the night.


Wasn't that a party!  I must say that you did an excellent job leading the conga line, Abbondio

It was good old fun at home; just a pity I made very bad pictures of the party.


I didn't even attempt to take pictures, Abbondio; too afraid that I would suddenly "faint" while in the process.  Fortunately there are some posted on the Rocca Sorrentina Flickr group.