Luxury goods with pretty labels and displays! My wife will buy anything as long as it is wrapped pretty - I'm the living proof of that :p

Interesting stuff, and it's grand how it turned out. Still a lot of work (am so very glad Ard is taking this up), but nevertheless an asset to the system.

Henrietta Has Come Home to Roost!


One egg?! How ever did you achieve to make such lazy hens that produce only once a day? How does one deal with the expectation of only one egg a day, instead of the certainty of richly over-rolling daily baskets of six and twelve?

Hi-Tech indeed. Personally, I like these snippets of extra historical details to match what you're releasing or planning. Extra work, for sure, but it's appreciated

Looking for a recommendation.

You'll have a tough time finding books that are that specifically general; I've never found one that met my needs. However, there's a ton of niche subjects that link in with other stuff. I usually advise to start reading books that have selections of personal documents like letters; they give you the best unmodified insight. As a historian I have a library of dry old niche stuff. However, I have always enjoyed the books of Simon Schama, he haswritten quite a few books that are known to be accessible for all.

Addition: As I was answering Tat's topic on service, I reminded myself about a book of an old Dutch professor. It is also focused on the 17th century, but Tat is most right when she states that life int he 17th and 18th centuries is in most parts quite comparable in daily life. The big changes to this would occur with the Industrialization.
It likely cannot be found anymore in regular stores, but perhaps it's a find second-hand.
A.Th. van Deursen, Mensen van klein vermogen: Het kopergeld van de Gouden Eeuw , Amsterdam: Bert Bakker, 1991 ( ISBN   9035110110 ). Translated into English:  Plain lives in the Golden Age. Popular culture, religion and society in seventeenth-century Holland .  Cambridge: Cambridge University Press, 1991.

Sorry to hear, and for your loss.
I've been racking my brain to remember the name, but I fail - could we have known her by a character name she played in some court?

To all whom it may concern | An announcement

Only just dry from the printing presses !

This is the official start of an array of activities, mostly [AES] and otherwise roleplay related.
In the coming weeks artisans and merchants can expect special orders; and are invited to offer their services in preparation for the celebrations. The actual celebrations (both private and public!) will not commence before the ending of Lent (of course). 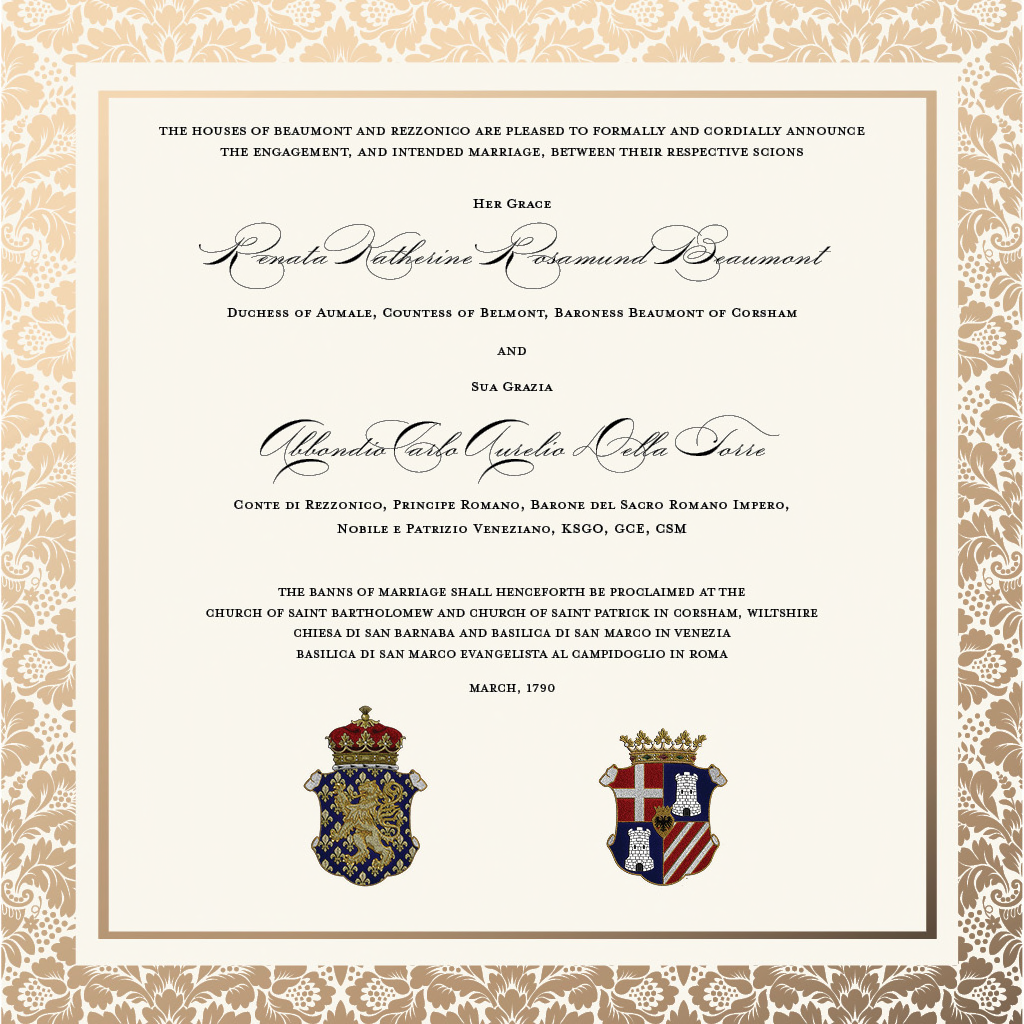 For more information contact either
Abbondio Rezzonico or Renata Beaumont