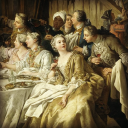 The lands of Antiquity were founded in 2007 on the cusp of two great eras. The elegance of the northern Baroque courts (Principality of Mont Saint Bruno, Royal Court of Carlos III of Spain, Archiducado de Bexar) and the warmth of 18th and 19th century townships (London Park, Texas Capitol, and Somerset) and rolling estates (Finlanda, Britannica, Cambridge and Tejas) meet the rougher, darker pirate worlds of the southern seas and Caribbean islands (Oceania, Battle Dock, Marie Galante, Sea of Antiquity, and Dominica). The result is a rich pastiche of landscapes, characters, and role play opportunities.

The Pirates of Antiquity have dedicated their lives to the constant disruption of both lands and seas. Rumored to have been started by rogue members of the Royal Family, the pirate lands of the south offer many opportunities for those who seek adventure and the chance of riches.

Antiquity offers rentals of all kinds. Homes and shops are located in all areas Antiquity. For those wishing to live the pirate or military lives, there are groups ready to accept new recruits.