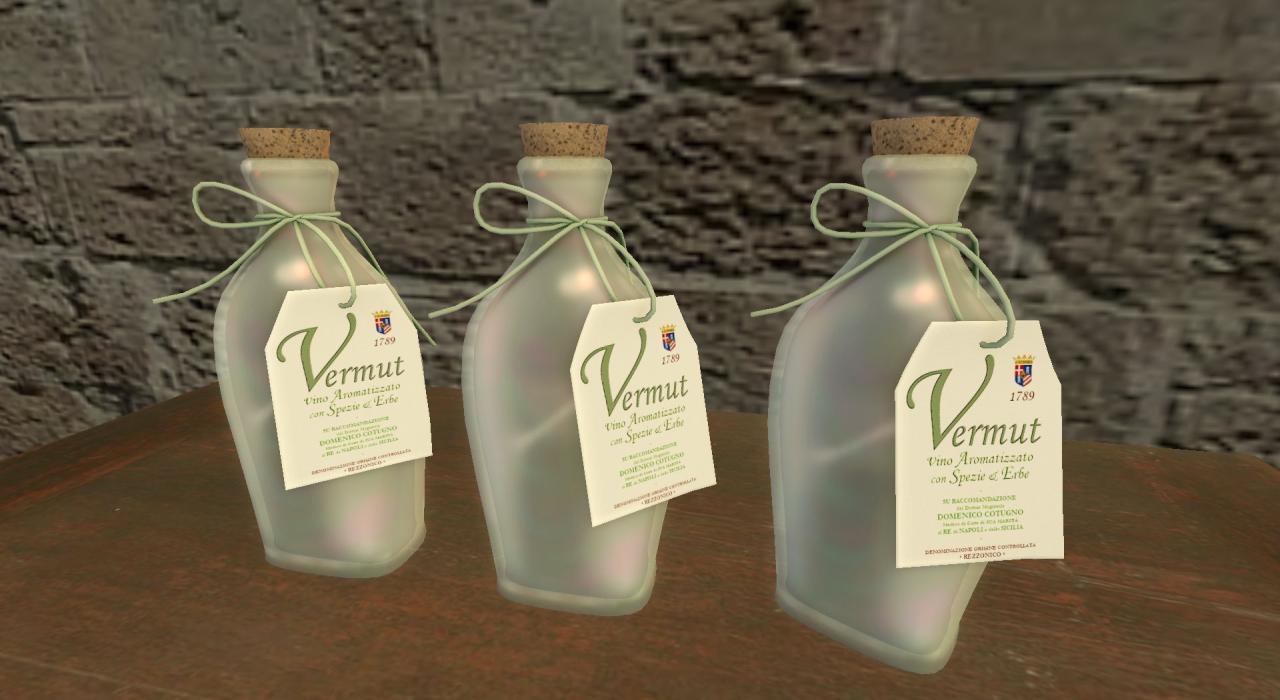 Vermut is an aromatized, fortified white wine, flavoured with various herbs and spices. The main ingredient is the so-called 'wormwood', based on the belief that it is effective in treating stomach disorders and intestinal parasites. It has been used in German as a principal ingredient in fortified wines since the 16th century. At the same time the Italian merchant d'Alessio from Piemonte began producing a similar 'vermut' wine with additional botanicals. By the mid-17th century it became commonly consumed under the name of 'vermouth'; under this name it is fast becoming known all over Europe.

Since a few decades the Cinzano family has produced Vermut in Torino. But only 'recently', in 1786, the merchant Carpano from Torino (Turin) has introduced the first sweetened Vermut. They say it is on the rise of becoming a most popular beverage at the Sardinian court of Vittorio Amedeo III.

Of course, we cannot stay behind in these latest developments. But we are staying more true to the typical taste of an original Vermut: Mildly bitter, and slightly sweet. Currently we are producing a warm fortified wine with aromas of wood and spices, and notes of cinnamon and citrus. [genome code: ECAKCD]. As we value a trustworthy opinion to support the medicinal claim, I have asked Dottore Cotugno, the newly appointed court physician in Naples, for his view on the liquid matter. After sending just two barrels he replied to have been fully convinced of its medicinal powers and even gave us his recommendation.


Congratulations on producing this wonderful "elixir" and many thanks for this information.  I've really enjoyed learning more about Vermut.